Yesterday was a joyous day! For the first time in over 2 weeks my family was all reunited under one roof again. God is good, all the time.

The previous day (Monday) when I went in to see Marcus, he was over 4lbs for the first time. Since he had been drinking full bottles for a little while, they had taken out the feeding tube and said he had hit the ‘go home’ milestone. They would be ready to discharge him on Tuesday.

The previous Sunday, they had clamped Jenney’s drain to monitor how she would do with draining her CSF naturally. They waited until Tuesday to make sure that no neuro symptoms increased, and Dr. Goldman called me Tuesday morning to tell me they would be taking out the drainage tube and could release her that afternoon.

I was beyond ecstatic. Jenney and Marcus were coming home on the same day. Marcus had been in the NICU for about 15 days and Jenney had been in the ICU at the neighboring hospital for just 1 week.

Jenney’s last ICU visit in February had been 2 weeks. She recovered from this surgery faster than anyone could have anticipated, remembering our kids names in 1 day instead of 4, walking in 5 days instead of 8, and oh so ready to come home within a week. It’s nothing short of miraculous and we are so grateful!

I left the house Tuesday around 11:30am to first go pick up Jenney at St Joseph’s in Tacoma. I walked into the hospital, did the typical COVID rig-a-ma-roll (questions about fever, cough, etc) and told them I was there to pick up my wife from the ICU for discharge. The nurse that was asking me questions was the same one who had called me for pre-admission and said that she had added me to her prayer list. I remember she had empathized with our situation and said she had worked there for 40 years, and had seen so many miracles. After she called up to the floor, she allowed me to go past and up to the 6th floor ICU where Jenney’s nurse met me and ushered me to her room. We hugged, and cried with relief. 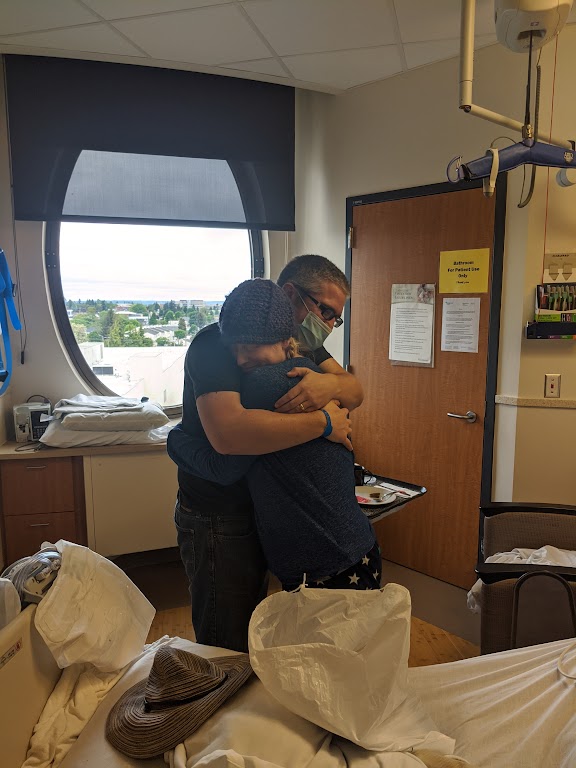 We gathered Jenney’s things (mostly pictures and calendars) got our discharge instructions from the nurse, put Jenney in a wheelchair, and took her downstairs to our minivan waiting outside. From there we drove directly over to Tacoma General where I got Jenney another wheelchair, went through their COVID rig-a-ma-roll, and headed up to the NICU. Marcus’s nurse was feeding him when we arrived so we took over as she got all our of discharge paperwork ready. We gathered up all of Marcus’s things (paperwork, clothes, bottles, some extra diapers) and put him in his carseat for final inspection. Getting a 4lb baby into a carseat is no small feat, let me tell you! Then the nurse took a picture for us. I struggled for a tiny bit getting the carseat into the van, but with a little help from a new mother standing outside the hospital, we got it and headed home. Marcus cried only once or twice. I remember how great it felt to just be able to look next to me and see Jenney sitting there, and thinking how much I don’t want to ever take that for granted again.

When we got home, my neighbor Steve was kind enough to video our arrival. I felt a little bad for Jenney as the kids mostly paid attention to Marcus, though they were certainly happy to see her again too. But Marcus is new, signifying a huge change in their lives, and he’s seriously adorable…

We fed Marcus and then let all the kids take turns holding him for the first time. 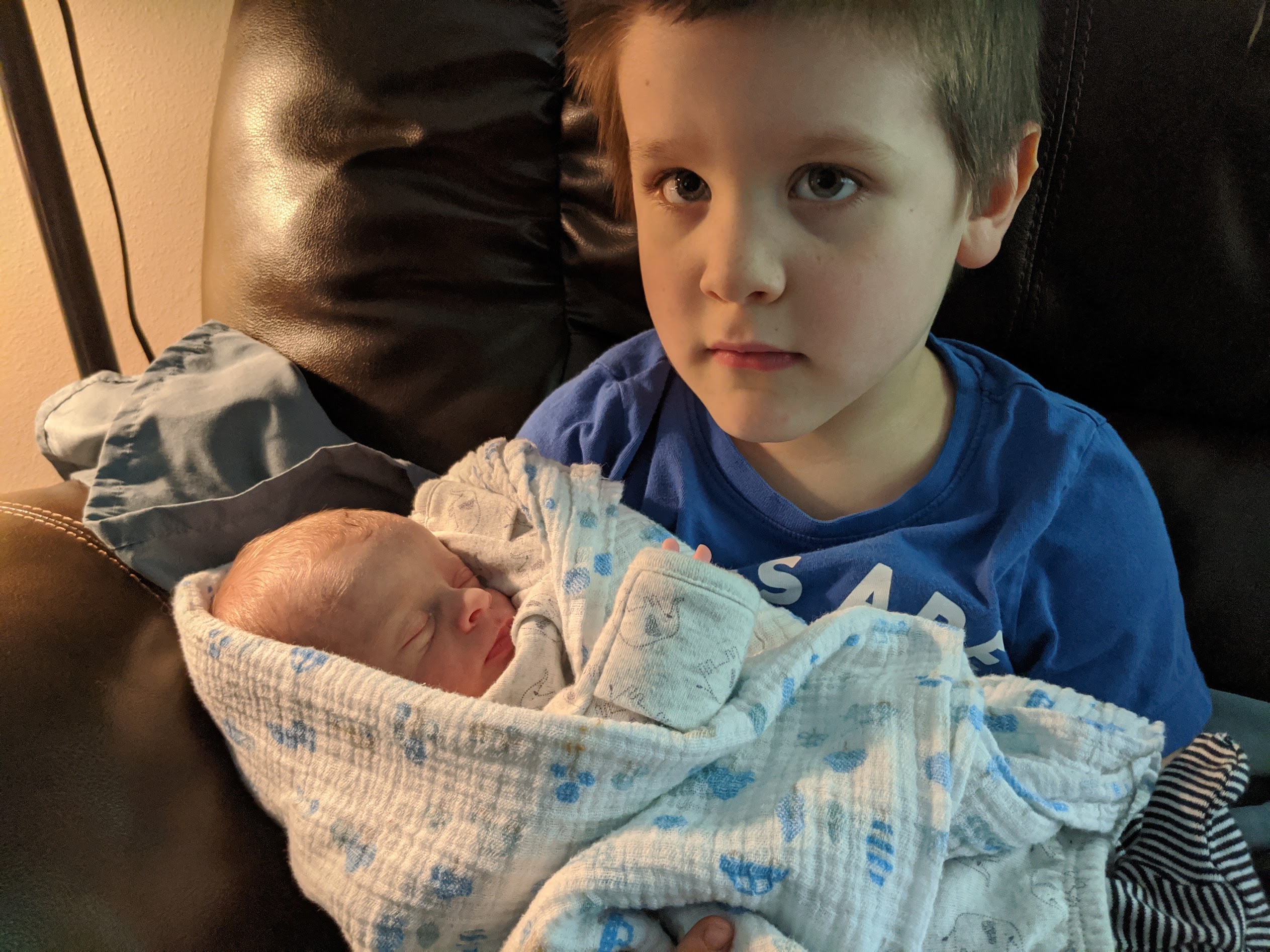 At bedtime, Jenney and I put Vincent and Sebastian to bed, then Jenney went to bed (around 7:30pm). I stayed up until around midnight, feeding Marcus at 9 and 12, and then Jeanne took over. Sleeping beside Jenney once again was so very comforting; hugging her instead of her pillow. When I came down around 5:30am, Jeanne was holding Marcus who had been having some trouble sleeping.

And so begins the sleepless nights. I’ll take ‘em.