The oncologist came in bright and early the next morning around 6:20am. He said he would be setting up an appointment for us next week, and that he had referred us to a different gamma knife facility at the University of Washington’s Harborview Medical Center where they have the means of shielding the baby during the procedure. This would mean we wouldn’t have to have the baby in a few weeks.

At 6:27 an OB doctor came and asked us about our OB doctor and we told her about our midwife, and how she was going to help us find an OB in the Multicare system, which is different than the Franciscan one and accepts our insurance. She mentioned that would most likely want to find an MFM (Maternal Fetal Medicine) OB which specialize in high risk pregnancies. We’ll probably still have to have the baby early, but not in 3 or 4 weeks early.

Please keep your hands inside the ride at all times…

The neurologist came in at 7:10, approved of all the progress Jenney was making, and said he would release her. Woohoo! We smiled and thanked him profusely. We were so ready to get the hell out of there.

At 8:00 the nurse started our discharge, gave Jenney her last dose of meds, removed the IV from her black and blue arm (her poor arms have had multiple IVs over the course of almost 2 weeks). I’d brought clothes for Jenney so she changed, and removed the EKG. Then I went out to the truck and pulled it around the front of the hospital as the nurse wheeled her down in a chair. We hugged our nurse, thanked her for all of her care, attention, and kindness, and hopped into the truck. I took a selfie to send to the family. 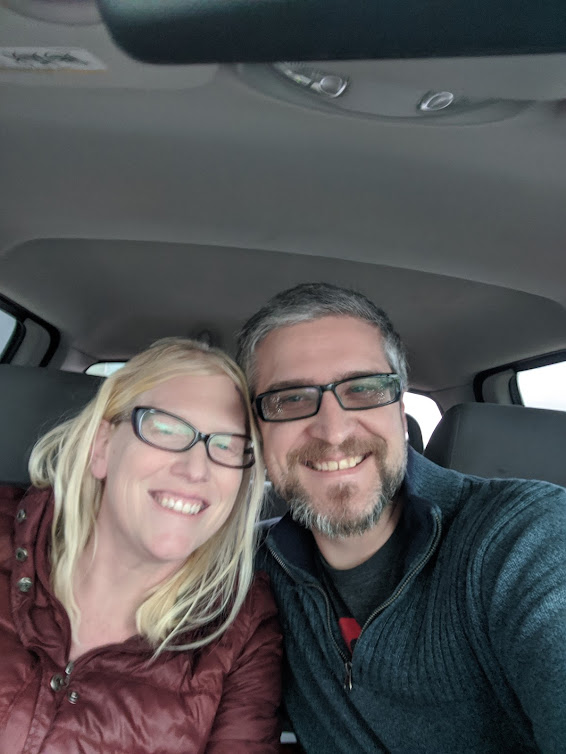 We stopped at Walgreens on the way home to put in the scripts for her meds, and then we were home. Walking in the door, realizing I didn’t need to just do some things in between another hospital stay was sooo relieving.

Jeanne, my mom, and bash greeted her. Viola had created a big paper sign that said W-E-L-C-O-M-M-O-M hung in the entryway. Vincent had created a little sign beside the clock on the wall for her as well.

Jenney collapsed on the couch with Sebastian, snuggling, and read him some books, then fell asleep with him as she typically does after lunch. 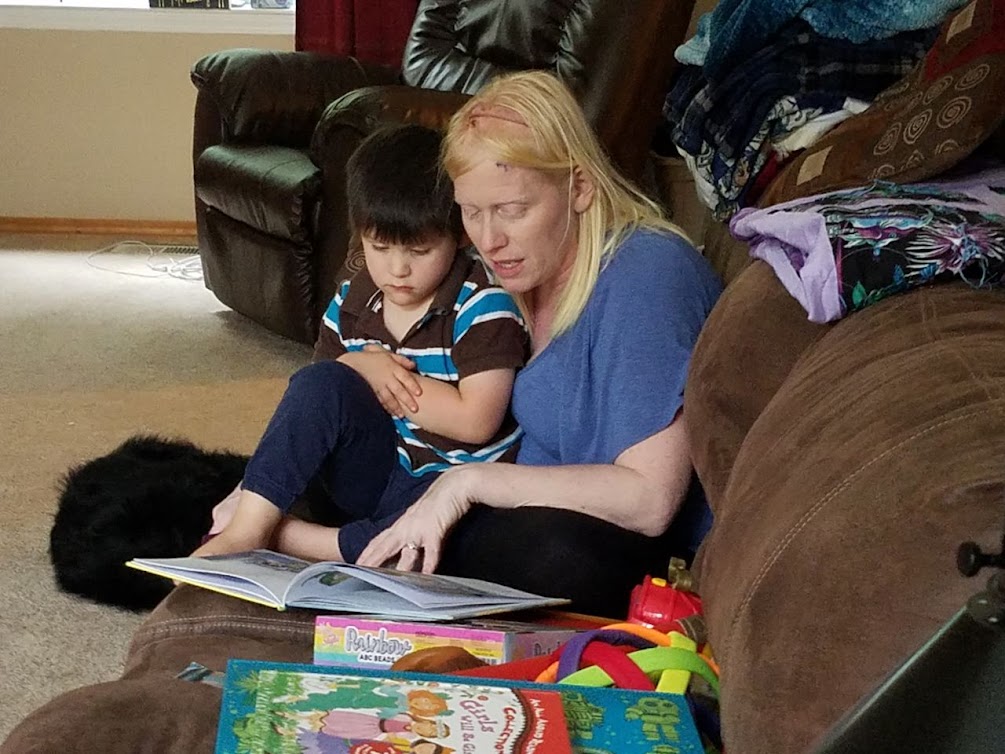 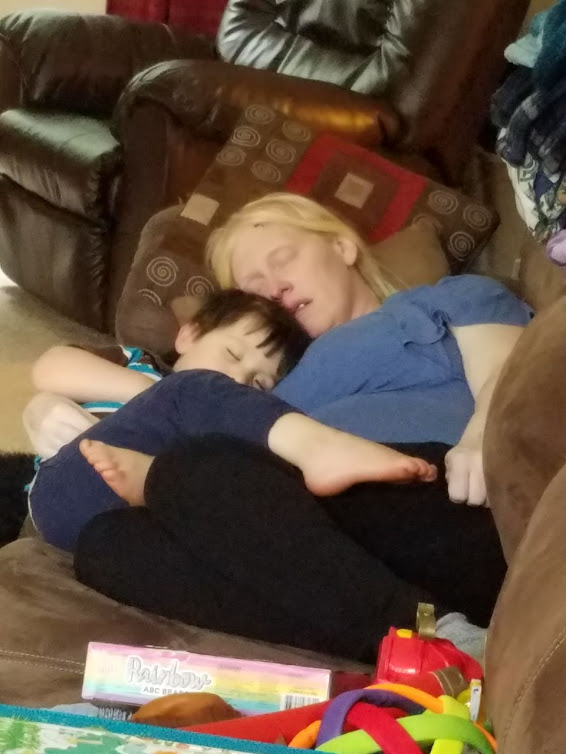 Jenney is still tired during the day, taking naps, and we’re on a pill regimen that is similar to the meds she was receiving in the hospital. We’re doing our best to switch to a Mediterranean diet, which has much less sugars to hopefully deprive the cancer of it’s energy source. We have appointments in the coming weeks for post-ops, gamma knife procedure/s for targeting the remaining tumor material in her brain, and figuring out treatments for the melanoma. We also have to figure out this double vision thing. I’m hoping that’s either some healing that needs time to happen, or as she’s weaned off of the steroid to keep down the brain swelling, it improves. The grandmas leave on Tuesday, and I’m going back to work on Monday.

Our life is at least starting to return to normalcy, though there is now a new normal. The recovery from the surgery was the first major hurdle that feels like we’ve successfully overcome, but our fight with cancer is just beginning. Not to mention we’re still not sure how soon it will be until we’ll have a newborn to care for as well.

Thank you for reading thus far. Updates will probably be less frequent from here on out. If our story has touched your life in any way, please consider donating to our GoFundMe so that we can ensure the best possible care for Jenney’s fight to rid herself of this terrible disease that threatens to take her from us.